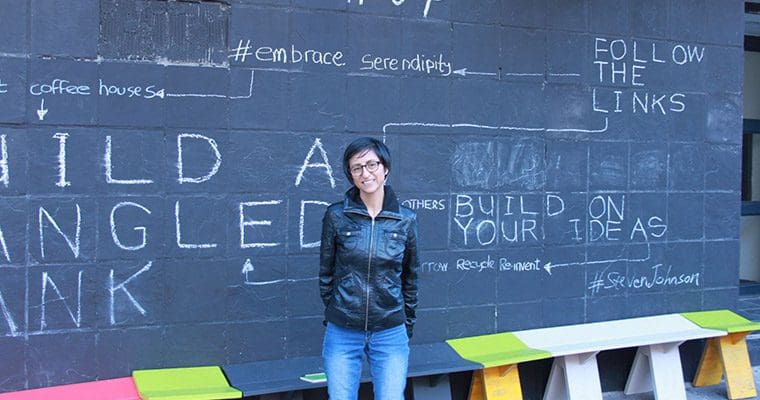 Living in Cape Town was never something Marcela Guerrero Casas really planned to do, but the fates had other plans for her. Originally from Colombia, where the capital of Bogota becomes a pedestrian paradise every Sunday, the avid bicycle commuter has made it her mission to transform Cape Town’s streets into spaces that are more inviting to its citizens. She is the Co-founder and Managing Director of Open Streets Cape Town.

When did you first come to Cape Town?

I’ve been living in South Africa since 2006 and I came to Cape Town to work for an organisation that was based in Nairobi. So, originally the idea was that I would be based in Cape Town for a little while before I moved to Nairobi, but that move never ended up happening.

How did you come to be in Cape Town?

Firstly, it wasn’t a very conscientious decision. I think I had that romantic impression of Cape Town being really beautiful. So, when I first arrived in Joburg – that was my first base – I came as a tourist and thought ‘Oh what a beautiful city’. However, after spending time in Johannesburg and learning about the social dynamics of this country, I soon understood that Cape Town had very serious challenges.

So… I came with a lot of reluctance but knew I’d be moving on soon, so that made it okay. Obviously, that never happened, and I have tried to make the most of my life in the Mother City.

What did you do when you first arrived in Cape Town?

I worked for an organisation called Fairtrade Africa. My area is advocacy, so I’ve always been excited about campaigns and policy work and that particular organisation works with producers of agricultural goods.

Which brings us to what you do now – can you tell us a bit about Open Streets Cape Town and how it all started?

Well, I think my role in helping replicate the concept of Bogota’s Ciclovia, or “Open Streets” in Cape Town is linked directly to me finding myself in this unplanned life in Cape Town. During this time I was also busy finding myself and a lot of things just came together.

To start off with, I wasn’t finding meaning in my work, even though I really liked the organisation I worked with. I just wasn’t thriving. At the same time, I was also getting back into cycling – I’ve always cycled – and found it quite difficult in Cape Town. Then, I came across this like-minded group of people who would become the co-founders of Open Streets Cape Town. We all shared an interest in cities and their streets.

I guess, it was just the perfect storm. 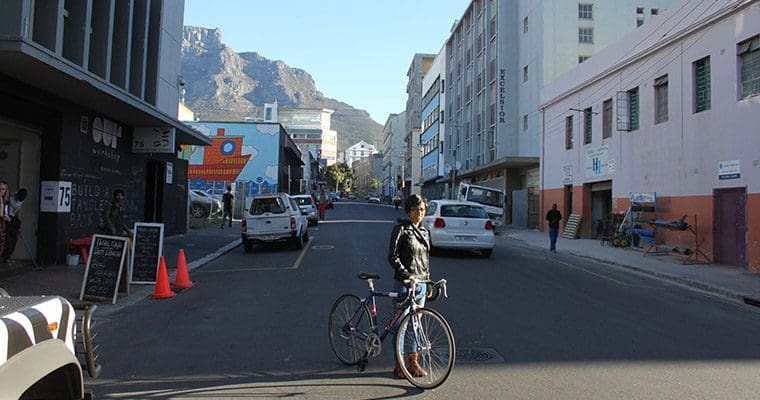 And it was inspired by Bogota’s Ciclovia, right?

Yes. What’s strange is I never thought of it as a really amazing thing. It was just what people did in Bogota on Sundays. But, as I was going through this process of soul-searching, the idea of bringing Ciclovia to Cape Town seemed so exciting.

And to be honest, if you asked me why I wouldn’t really be able to tell you what about it grabbed me.
But, perhaps, because it was such a personal process for me, I remember talking to a friend who said: “There isn’t anything more powerful than doing something for the place where you live. So, don’t look so far.”

Where does your family live?

My mother still lives in Colombia. My father just passed away a few weeks ago. And the reason I bring that up is I’ve started to lose connection with the place where I was raised. Because it’s really all about the people. Also, my brother lives in Germany and my sister lives in the US. So, we’re sort of spread out all over the place.

I suppose what everyone likes about Cape Town – it’s natural beauty.

This might sound cheesy, but I really like this time of the day (late afternoon) in Cape Town. When the afternoon comes and the sun starts setting, everybody leaves the workplace and there are lots of people in the street, the transport hubs are busy, the shops are open, but they’re about to close. I like that energy. And because of the city’s natural beauty, the light also always takes on quite an interesting character at this time of day – on the buildings, but also the shadows of the mountains. Especially at this time of the year.

Then, of course, I like the fact that the city’s cyclable – I know it’s very spread out, but at the same time you can get – or at least, in my privileged position, I can get – to a lot of places by bicycle because the terrain is quite flat.

So, do you actually cycle everywhere?

What do you dislike about Cape Town?

Very cliché, but very true – I really dislike the social divisions and the racial divisions that are so stark and so difficult to navigate.

Since you’ve spent some time in Joburg and are able to compare, do you think these divides are really worse in Cape Town?

Yes, that has been my experience. In addition to the stark economic inequalities; I find people here – including myself at times – become quite content with what we have and forget that the world is a big place.

And compared to Bogota (and elsewhere in Colombia)?

Similar. Very similar. The lines in Bogota and a lot of other Latin American cities are less racial than they are economic-based. So, you find that certain social classes won’t interact with others.
Because it’s not racially-driven it’s not so visible to the eye, but it’s as stark as the divides are here and very similar.

Incidentally, what isn’t spoken about, is race. It’s there, but because the Afrocolombian population in Bogota, the city where I lived in, is quite small and tend to live in a particular area, it’s not as obvious as the economic divides.

How do you think this has informed your feelings about Cape Town?

I resented the social divisions in Colombia so much, maybe that’s why I find Cape Town’s divides so difficult to swallow. I was raised there and was therefore placed into a particular box from which I couldn’t get out no matter how much I tried.

I find that here, I have the privilege of looking from the outside, but I see similarities in the sort of barriers that keep people separated.

These divisions keep us from going forward and they’re not simple, right? In both cases, they’re very complex and go back years.

No. I don’t have enough of the history of the city in me. I think I understand some of it – I’ve obviously lived here for a while and have a lot of friends who are from here, my partner is from here – but I don’t have the aches and the joys of being raised in the city. So, I still feel like an outsider looking in.

But don’t get me wrong! I do feel very welcome here, which is very different from feeling Capetonian, I think.

It’s probably not the most iconic moment or anything for me, but walking through the Company’s Garden is something that makes me feel part of the city. It’s just a space that brings a lot of different backgrounds together. It’s also a combination of greenery, but still, urban space, because you can still see the buildings.

On the flipside, do you ever feel like you don’t belong here?

I don’t know how to put it, but there’s a tension underlining a lot of our dynamics in the city. They’re racial, they’re also class and gender based. I can’t put my finger on it, but there are times that I feel that tension more strongly.

I appreciate this is not unique to Cape Town but rather to the human race; nevertheless, when people fail to have empathy for one another, I feel less connected to Cape Town.

I don’t know! I’m trying, but I don’t know if it’s having the desired impact. When we started, we really wanted to give something to the city and felt like it could help bridge some of those divides that are so painful and glaring. So, I think, at a very small scale Open Streets has achieved, what I like to call, ‘the sparks’. You know, on Open Streets days, people come together and have a great time.

But they’re so short-lived. So, the idea is to grow from sparks to more continuous light.

Maybe that I also carry a lot of difficult baggage, because of the place where I was raised and that it’s very different from the situation in South Africa – particularly in Cape Town – but in many ways is the same human struggle of belonging, of this desire to change the past and being unable to. In the context I was raised in, very similar dynamics shaped who I am and it’s not because I get it or because I’ve overcome it, but maybe because I’m still stuck in that place of internal conflict. And because of that I identify with Capetonians and their struggles.

How often do you go back to Colombia?

On average, once every two years.

And do you miss home at all?

No, because of all this baggage that I carry, I actually find it difficult being there. I miss my family, though.