We are Capetonian Series #1: Patrick Nzinga 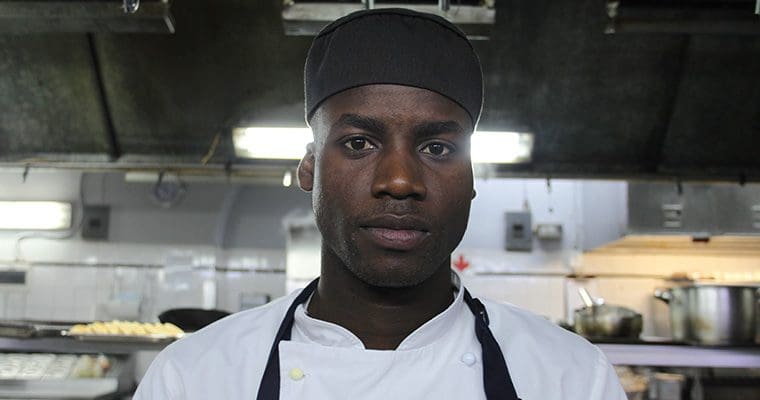 Patrick Nzinga, 21, came to South Africa at the age of two when his family fled the Angolan civil war. He grew up in a children’s home in Cape Town, and is now a resident chef-in-training, based in the labyrinth of kitchens at the sumptuous Mount Nelson Hotel. Patrick shares his story and explains his strong passion for social change in the Mother City.

I was born in Luanda, Angola. There are many different cultural groups there. I am of the Ambundu group.

Where do you live now?

Currently I am staying on Kloof Street. I used to stay in SOS children’s village, a children’s home. I moved here to complete my tertiary education and stay at accommodation provided by the Mount Nelson Hotel as part of my internship here. I stay on the premises.

How did you come to be in Cape Town?

From Luanda to Cape Town was a heavy mission. All I remember was being on my uncle’s back, at the age of two. I remember fences and police men in uniform, and police trucks and batons. We were on a journey in a forest at some point. We were escaping from some sort of civil war.

What made you decide on Cape Town?

I did not choose to come here. I was only two years old. It was my family’s choice to settle here. But I think they chose Cape Town because people have more of a sympathetic feel than bigger cities like Johannesburg.

Where do your family live?

I ended up in a children’s home because there were issues at home. I was placed in a children’s home by a social worker after running away from home. It was only much later that I found out about brothers and other family members. I was always a curious child and I made the most of my time in the children’s home – and it was here that I got accustomed to life in South Africa. I was never a problem child! I was often by myself and just asking why these things happened to me.

What do you like the most about Cape Town?

My favourite thing about Cape Town is the diversity. The city has a rich culture and history because of Nelson Mandela, where we came from in the past, the Apartheid regime, the Europeans coming down and taking over… it is a mix.

What do you dislike the most about Cape Town?

The worst thing about Cape Town is having to look around and seeing underprivileged people. They are shouting and calling out for help but we turn a blind eye. Even in the rural areas where people are pleading for change and resources and asking to change the community, but we are ignoring their requests. That is what I dislike the most. The poor stay poor and the rich get richer.

I feel Capetonian, 100%. I feel it in the way I dress – the men have a particular dress code here, which I think is inspired by hip-hop culture but we made it our own – I feel it in my slang and lingo also. People often think I am originally from here.

The saddest part is that some people ask me where I am from. When I say, “Angola”, they say, “oh, do you speak Portuguese?” And I have to say no because I left Angola so long ago. It is confusing for them and sad for me. 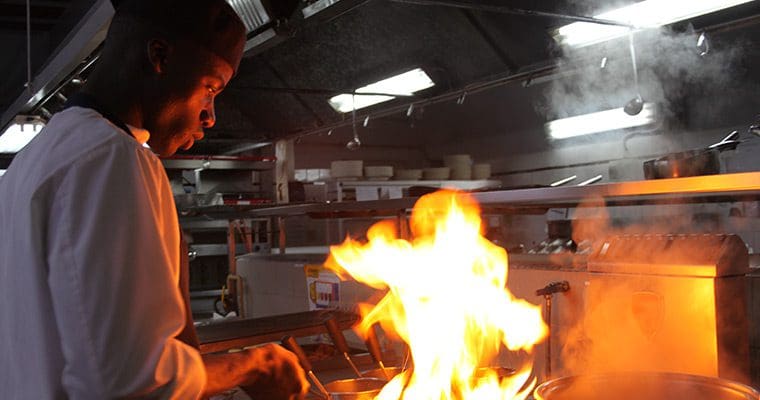 When I feel most at home is when I am taking my morning hikes, when I go up the mountain. The one I like the most is Lion’s Head because it is the easiest. When you are climbing you can take your time to appreciate nature and the indigenous nature – I feel most at home because I am in touch with mother nature.

When do you feel least integrated in the city?

Actually, I don’t. Wherever I am, I am good at adapting.

What kind of work do you do? 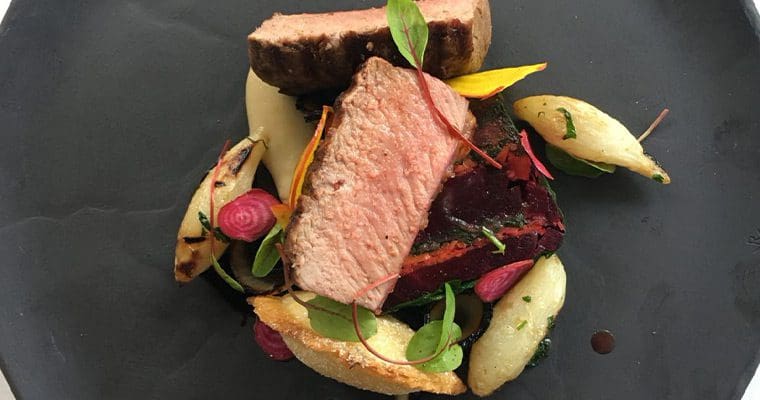 I am in the final year of a four-year chef internship here at Mount Nelson Hotel. I would like, in the future, to work in other places like Johannesburg, cruise ships, even France. That is my dream.

Right now, no – but I think I have served a substantial amount of hours to community work in the past. I used to volunteer in old age homes. This is where I found my passion and drive for cooking – I would go after church on a Sunday and I used to cook for them or wash their dishes.

Have you ever gone back to Angola?

No. Not in nineteen years. I would like to go and give back.

I want them to know that I want to stimulate the mind-set of people that are willing to join the movement — the movement to take the city forward to its highest point. I know I am young, but only God can judge me. I just imagine all of us united and eating for the same table. I know it sounds crazy but I think it is possible.

A principal’s war against apathy

We are Capetonian Series #2: Mavelous Bunu
Scroll to top