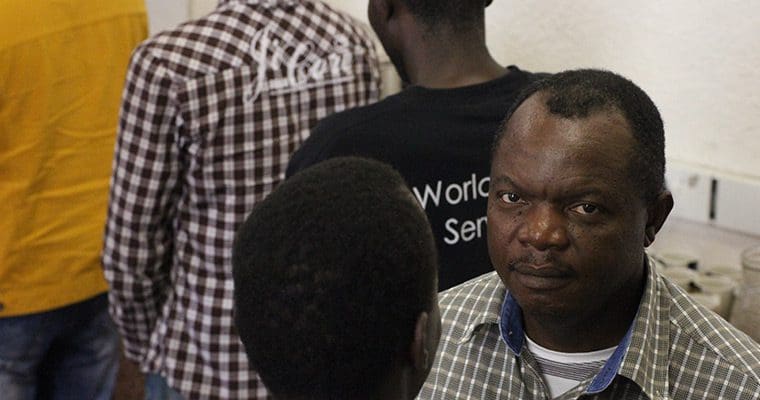 Friends, we only have until the 30th September to tell the Department of Home Affairs to scrap proposals that could violate the dignity of our sisters and brothers across the continent. War, political violence and persecution are driving many to seek refuge in South Africa, just like many fled South Africa during apartheid.

Organisations such as Lawyers for Human Rights, the Consortium for Refugees and Migrants South Africa (CoRMSA), Scalabrini Centre (“The work of the Scalabrini Centre has been made possible in part by a grant of R900 000-00 from the National Lotteries Commission”), and the Legal Resources Centre, have been carefully looking over the Green Papers proposals. One of the most concerning part about the Green Paper is the fact it doesn’t acknowledge the systemic corruption , discrimination and lack of capacity within the asylum seeker process. Every day we are playing with people’s lives when it comes to granting asylum.

Rather than propose how to fix the systemic problems, the Green Paper proposes grand infrastructure projects such as building asylum seeker processing centres on our borders (p. 65). The Green Paper fails to clarify whether such Asylum Seeker Processing centres will in fact be more like Detention Centres like Lindela, which has a well documented history of human rights violations . To make matters worse, Home Affairs mentions that these processing centres are “common international practice in countries such as Canada, Australia…” (p. 66). This is alarming because Australia’s asylum seeker ‘processing centres’ are in fact detention centres that have been globally condemned for their violation of human rights . Asylum seekers in Australian centres have even taken to sewing their mouths shut as part of a hunger strike to protest their treatment in these centres .

There are countless refugees counting on us to ensure our government treats them with dignity. Click here to send a direct message to Home Affairs: link

This is a critical democratic process, and together we can ensure our migration policies for the next 15 years protect the vulnerable, drive development and cooperation within SADC, and ensure dignity for all.

Thanks for joining us demanding dignity for refugees.

South African Human Rights Commission. 2000. Lindela at the crossroads for detention and repatriation.