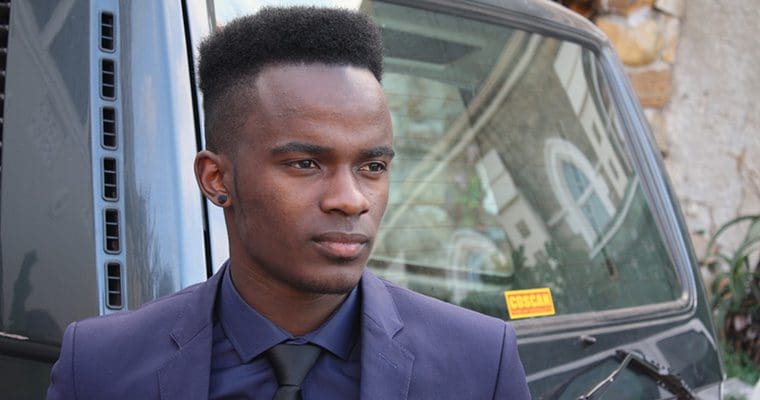 Lawrence House is a registered child and youth care centre based in Woodstock, Cape Town. Although it runs as an independent children’s home, it is one of the programs of the Scalabrini Centre. Lawrence House can accommodate up to 25 children and youth and specialises in the care and protection of unaccompanied foreign minors and refugee children, as well as of children who have experienced trauma.

What happens to youth who, upon reaching independence, have left Lawrence House? We meet Fred, who spent several years of his childhood at the children’s home.

My name is Fred and I was born in Rwanda, Kigali. In May 2003, aged seven, I migrated to Cape Town with my mother. We left due to my mother’s health problems and the ongoing conflict in Rwanda. We were seeking refuge and we entered this new environment with nearly nothing and unable to communicate in English.

Conditions were initially tough. My mother was unable to find work and struggled to put food on the table. It it was difficult for me to be enrolled in a school. We then moved a shelter, The Ark City of Refuge, where living conditions were marginally better. In April 2005, aged nine, I moved to Lawrence House where I was one of 25 other children who were brought to the house as it newly opened.

Truth be told, I honestly believe this was the major turning point in my life.

I entered Lawrence House not knowing how to speak English or read the time. Lawrence House became my home; a home which fully supported and encouraged my relationship with my mother, and would go on to support me in all areas of my life and develop me into the person I am today.

I attended Primary School and at first I struggled to adapt to the new learning environment. I was also at times discriminated due to coming from another country. This was the most difficult period in my life. However, as time went by, I managed to catch up with my academics.

Lawrence House also provided me the opportunity to get involved with outside activities such as club soccer and martial arts, and in sixth grade I joined a kung fu school in Mowbray, which I attended for four years. I mention this because I believe this period played a significant role in my development as a teenager.

With the input of Lawrence House, I learned to become responsible. I was taught respect, leadership, patience, gratitude, giving back and the importance of realizing how to discover my purpose. I slowly built the ability to evaluate my life and base it on the core fundamentals of hard work and always trying one’s best regardless of what you do.

Lawrence House continued supporting me in the difficult periods during my high school and over the years they would constantly provide programmes, workshops, activities and networking resources with the aim of developing and providing a platform for independence.

The home also instilled a specific culture, where nothing is given unless it is worked for.
I completed high school in 2015 and again through the network and support of Lawrence House, I was fortunate to be given a sponsorship and bursary to attend Rhodes University in 2016.

“Lawrence House continued supporting me in the difficult periods during my high school and over the years they would constantly provide programmes, workshops, activities and networking resources with the aim of developing and providing a platform for independence.”

I had two emotional breakdowns: one when I received the news that I got accepted at university and, secondly, when Lawrence House told me they had found financial support to cover my university fees. Never in my life did I ever imagine that happening. My background had made me feel as if I had already archived everything I needed to.

Due to my ongoing passion for business, I decided to study for a Bachelor of Commerce in Accounting and Economics. I am currently in my first year at Rhodes University. I dedicate all my achievements here to those who have contributed to getting me where I am thus far and to fully support initiatives of developing young disadvantage children and giving more of them the opportunity which I have today.
My background has never defined where I was going. I hope to one day provide the same opportunity I have had to someone else and then only will I feel successful. Thank you.