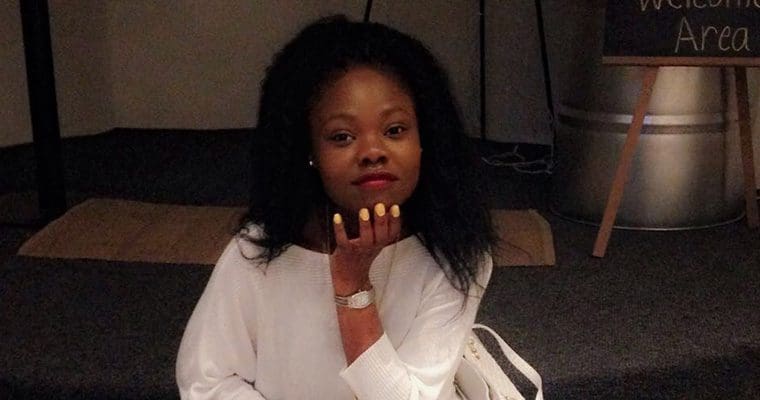 Lawrence House is a registered child and youth care centre based in Woodstock, Cape Town. Although it runs as an independent children’s home, it is one of the programs of the Scalabrini Centre. Lawrence House can accommodate up to 25 children and youth and specialises in the care and protection of unaccompanied foreign minors and refugee children, as well as of children who have experienced trauma. What happens to youth who, upon reaching independence, have left Lawrence House?

We meet Ashalina, who spent several years of her childhood at the children’s home.

My name is Ashalina, and I was born in Luanda, Angola. I came to Cape Town, South Africa, when I was eight years old. When I was thirteen, my parents sent me to go live in a shelter called The Ark. They weren’t happy to send me there but my mother had a friend who lived there with her children and felt it was a better place for me. It was hard saying goodbye to my parents. The Ark was a good environment because it taught me what my grandparents had always taught me, that Jesus Christ is the reason we live. Also there was a gentle man from Congo named Zoe who came to visit the Ark. A group of people from Italy came every month and spent time with the refugee children. They got to know us and they were interested in who we were.

Two years later, in 2005, the Scalabrini Centre started a house for refugee children, and I was one of the children chosen to move there.The first day we arrived we were welcomed by people who were full of love, joy and with a promise of a better future. I enjoyed living there. I never had to worry about anything because it was a secure place for me to live in. I know that I was loved by the staff because if they hadn’t loved me they wouldn’t have put up with my attitude towards them. I had quite a lot of anger and I often tested their boundaries. I was one of the toughest kids who lived in Lawrence House and yet the staff chose to give me chance after chance. Lawrence House taught me responsibility, because we weren’t spoon-fed: we had chores like washing up and helping with folding the laundry, and we had to clean our own bedrooms and make our own beds. Although I didn’t particularly like it, I think responsibility is an important thing to learn.

“The first day we arrived we were welcomed by people who were full of love, joy and with a promise of a better future. I enjoyed living there.”

When I left in 2008, I moved back with my parents. It was tough because it was a very dysfunctional environment and I got very little encouragement from them. Because of my background I feared I would amount to nothing. I shared my pain with a friend from church, and I got very involved in the church and started serving. When you leave a place like Lawrence House, it’s scary – but it’s good. There is no one telling you what to do, but each choice you make at this stage lays the foundation for your future life.

I am very grateful that in that difficult time I didn’t make foolish decisions that I would later regret. Instead I surrendered my life to Jesus because I believe he is the only one who can help me. The pastors in the Church got to know me and cared about me, they spoke life into my life. In my later years of school, I moved in with them.

After completing my final year of school in 2010, I briefly moved back to my parents, but the environment wasn’t good. It was a difficult time and I had to learn to forgive my parents, to love and to honor them, but also to look after myself. So rather than wait till I got married, which is the custom in African culture, I decided to move out straight away and I rented the pastors’ garden flat. They became my spiritual parents who invested in me. Moving out of my parents’ was the best decision I have ever made. I have been living in Parklands since then.

Jeremiah 29:11 talks about the plans God has for my life and I have never again doubted that the future that lays ahead of me is bright. The values I live by are first of all the word of God, and I choose to forgive people and not hold grudges, and to love and treat people the way I would like to be loved and treated, and to be generous. I also think it helps having a vision, this way you wake up each morning and you know where you are heading.

“I choose to forgive people and not hold grudges, and to love and treat people the way I would like to be loved and treated, and to be generous.”