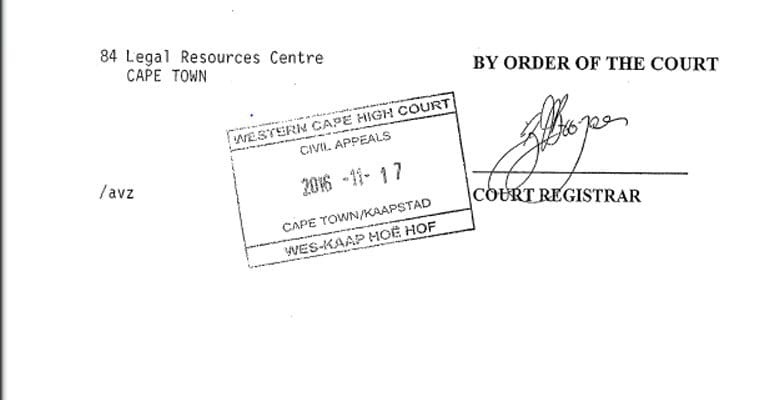 On 15, 16 and 17 February 2017, the Scalabrini Centre of Cape Town (SCCT) submitted 1,757 applications for permanent residency to the Department of Home Affairs (DHA).

These applications were made by a group of Angolan former refugees who, upon the cessation of their refugee statuses in 2013, were granted ‘Angolan Cessation Permits’ (ACP permits). These permits, issued in Angolan passports, lasted for two years only. ACP permit holders were unable to extend these permits as they could not satisfy the strict immigration requirements.

The Angolan refugee community – which has integrated into South African society over the last twenty years – was deeply impacted by the possibility of forced return. A 2014 research report by the SCCT identified the community’s deep levels of socioeconomic integration and The Cessation, a short documentary, traced the impact of the cessation process on three Angolan refugees living in Cape Town. Aside from the socioeconomic integration of the Angolan community, an entire generation of children born to Angolan parents have never set foot in Angola and know South Africa as their home.

As the expiry dates of the ACP permits neared, the inability of this group to legalise their stay became apparent. The SCCT began discussions with DHA in May 2014 to advocate for their continued legal stay based on their strong ties to South Africa. Following a year of legal steps and negotiations, the Minister of Home Affairs, Mr. Malusi Gigaba, agreed to consider and determine applications for permanent residence in terms of section 31(2)(b) of the Immigration Act for all ACP permit holders. The procedure for this application process was set out in a Court Order granted by the Western Cape High Court.

Angolan ACP permit holders were asked to provide a variety of documents, including police clearance certificates, proof of work, bank statements and proof of integration into South African life. Some applicants submitted applications that were hundreds of pages long, documenting two decades of lives and the Angolan community’s contribution to democratic South Africa.

These applications – bound in 160 files comprising of an estimated 80,000 pages – were delivered to DHA and took three days to process. The Court Order stipulates that the Minister must issue individual decisions for each applicant by 15 May 2017.