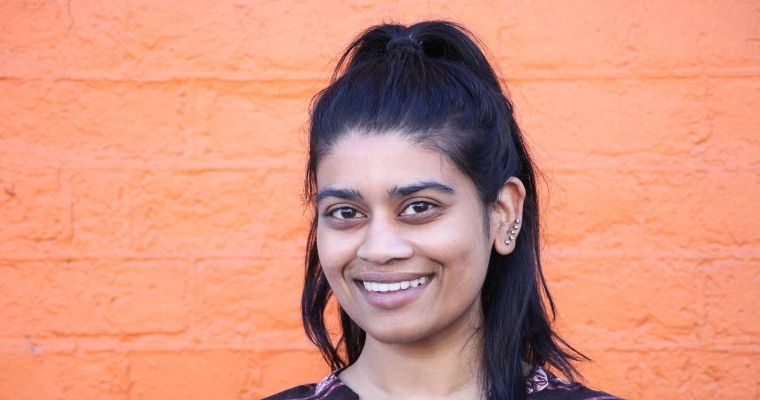 The Scalabrini team works with migrants and refugees everyday. With such deep expertise at hand, we take the opportunity to reflect on migration with them. This month we speak to Prashana, the internship coordinator at Scalabrini, who is passionate about empowering marginalised communities through education.

“When someone migrates and changes their environment, they become open to integration.” In South Africa, when refugees and migrants arrive, they create a space for change as they must adapt. The host society must also adapt- which is not always an easy process.

“Integration involves mutual respect and I think with regards to South Africa, we need to do a lot more work with South African people in respecting refugees and migrants, and respecting the change. Refugees and asylum seekers don’t choose to leave their homes, these people are fleeing horrific human rights violations and unspeakable circumstances to find opportunities for a better life.”

Prashana speaks of the core values that unite people and the need to develop a sense of respect for these values. “There are many barriers in our country when it comes to integration. Those barriers are language, prejudices, stereotypes and conflict, which is caused by prejudices and stereotypes. Most South Africans experience these barriers, but non-South Africans have the added barrier of being from a different country and all that comes with that.”

South Africa is proud to enter its 25th year of democracy, and proud to hinge much of its success around celebrating the country’s diversity. Prashana sees migration as a key element of this diversity, and sees it tying directly into the future success of South Africa itself.

For Prashana, education is the key tool that lifts people out of marginalised positions in society.  She works for BASP, focusing on networking with businesses, organisations and social development organisations.

Education is not only important for the upliftment of migrants, but for employers and South African citizens too. “Employers frequently struggle to understand asylum seekers and refugees’ documents and their right to work…It’s very difficult for nurses, doctors, dentists, who are coming from these African countries especially, to practise their work here. A lot of the time you are seeing your gardeners, bricklayers, waiters and waitresses, very entry level jobs, that are being done by non-South Africans who are extremely educated.”

“South Africa and its people tend to lack empathy and knowledge with regards to who their allies were during the Apartheid era. Most of the victims of xenophobia right now are from those ally countries. During the South African fight for liberation, foreign countries assisted our political leaders, so why is it that we are not assisting those who were assisting us in those desperate times?”

One of the most challenging aspects of Prashana’s job is clients coming in with documentation that is not valid, often to no fault of their own, but the fault of South African policies, procedures and Home Affairs in general. They get stuck in the system. “We are here trying to help the most vulnerable, when we are unable to help them because of something like that is becomes very difficult.”

“I think it is important to remember where we came from, remember the struggles that we went through during Apartheid. Remember those that helped us, now it’s our turn to give that help in return. If we want to have a world where everyone is helping each other and is supportive of each other, then we need to give that help. That would be the mindset shift that I would like to put forward. Remember who helped us.”

What is the Scalabrini Centre of Cape Town?