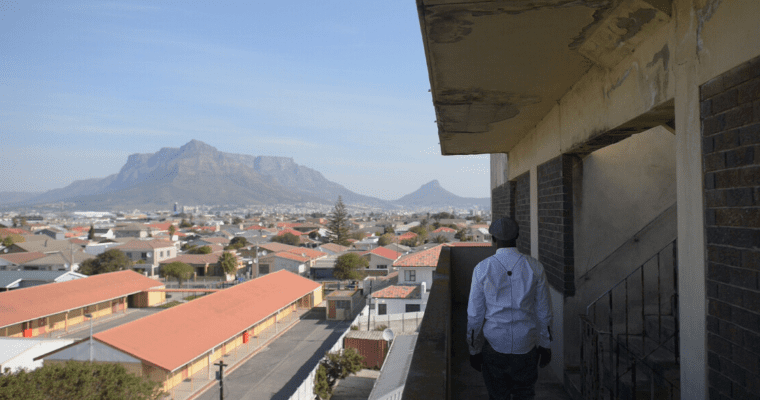 Scalabrini Centre in Court seeking an interdict against the Department of Home Affairs, in first step to challenging the constitutionality of the Refugee Amendment Act’s ‘deemed abandonment’ provisions.

On 28 October 2020, the Scalabrini Centre of Cape Town, represented by Norton Rose Fulbright South Africa Inc, is in the Western Cape High Court, seeking to interdict the Department of Home Affairs from implementing or operating specific provisions related to the deemed abandonment of asylum applications, which provisions were implemented with the coming into effect of the Refugees Amendment Act and Regulations from 1 January 2020.

Scalabrini Centre, in its own right as well as in the public interest, has brought a constitutional challenge against certain provisions in the Refugees Amendment Act and Refugees Regulations, which came into effect on 1 January 2020. The specific provisions being challenged are those relating to the ‘deemed abandonment’ of asylum applications simply because the asylum applicant is a month or more late in renewing their asylum document. In this challenge, Scalabrini Centre has first sought an interdict against the Department of Home Affairs, stopping the Department from implementing or applying the specific provisions. This interdict is to ensure that anyone who may have, or might still, fall foul of those provisions is protected against refoulement pending the final hearing of the main matter – the constitutional challenge of the impugned provisions.

For more on the main challenge, see below.

More information on the challenge

Sections of the refugee law now mean that asylum-seekers who's documentation expires for thirty days or more face arrest and deportation, as their claims would be considered 'abandoned'. These people – who have sought refuge and safety in South Africa – could be deported to danger or death in their countries of origin for no reason other than they were a month late in renewing a visa.

Our case seeks to declare pertinent sections of South Africa's recently changed refugee law to be set aside and declared unconstitutional.

Of particular and urgent concern are the so-called 'abandonment clauses'. We are challenging the constitutionality of Sections 22(12) and (13) of the Refugee Amendment Act and Regulation 9 of the Refugee Regulations.

These sections of the Refugee Amendment Act and Regulations effectively mean that the claim of an asylum-seeker in South Africa 'must' be considered 'abandoned' if their asylum seeking visa expires for 30 days or more.

If there are no 'compelling reasons' around why an asylum seeker holds and expired permit, these persons would be treated as 'illegal foreigners' and risk facing arrest and deportation. The Refugee Amendment Act also prevents that person from re-applying for asylum in South Africa – which seems to run against international refugee law.

The difficulties of ensuring a valid asylum seeker visa

In the daily work of The Scalabrini Centre of Cape Town, we consult with many asylum-seekers who, despite their best efforts to extend their asylum seeker visas, are simply unable to do so. Remaining on a valid asylum seeker visa is no easy feat: Many asylum seekers face long journeys to Refugee Reception Offices (RRO) to apply for an extension of their permit.

Depending on their nationality, they may only approach a RRO on certain days. Should they manage to arrive on the right day, under-staffed Refugee Reception Offices result in long snaking queues. Not everyone is attended to. Asylum seeker visas are extended for anything between a month and six months, meaning the process described above must be undertaken on a regular basis.

The Department of Home Affairs has itself confirmed that the asylum process is subject to colossal administrative delays: the process of considering an asylum application takes, on average, more than 5 years.

The 'abandonment' provisions of the Refugee Amendment Act run counter to the fundamental legal and constitutional basis of refugee law, namely the right of non-refoulement. This is a fundamental of international and national refugee law that prevents states from forcibly returning a person to a country or place where they would face reasonable risk of harm or death.

The provisions allow for a person with a valid asylum claim to be returned to their country of origin to face persecution merely because they have failed to meet a procedural requirement.

The consequences of this system in South Africa will be devastating. Thousands of people from across the continent, and the world, would be barred from asylum for no reason other than they were a month late in renewing a visa.

Our case requests that these Sections 22(12) and (13) of the Refugee Amendment Act and Regulation 9 of the Refugee Regulations are declared unconstitutional and invalid, and that they are set aside.

Joint Submission to United Nation’s Committee on the Rights of the Child.