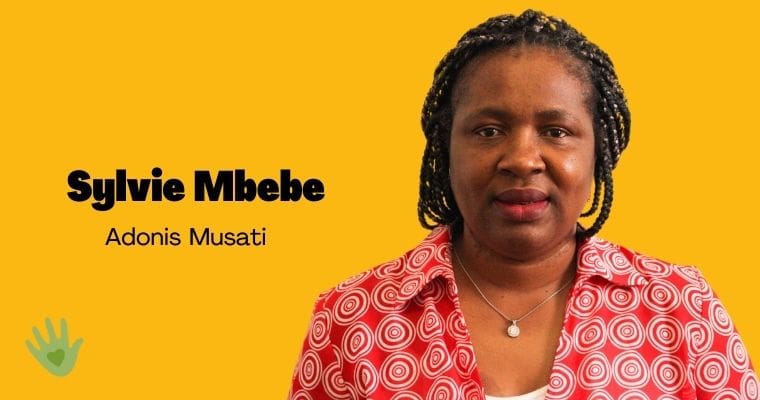 As the manager of the counseling centre and Women’s Empowerment Programme at Adonis Musati Project, Sylvie Mbebe has been the first point of contact for many people affected by sexual and gender-based violence (SGBV). The Women’s Empowerment Programme focuses on reasons abuse could happen, facing abuse in a country that is not your home and how to move from being a victim to seeking help and even becoming an advocate against SGBV.

Sylive has been part of people’s journey towards self-empowerment and the realisation of their dreams. In some cases, Sylvie's clients have gone on to speak out publicly against SGBV and advocating on others' behalf.

Working so closely with SGBV survivors, Sylvie sees many similarities faced by South Africans and people originally from other countries. “South African’s and migrants go through the same patterns of abuse and they suffer the same consequences of abuse.”

Because of her line of work, she is also aware of the specific barriers faced by people who are not originally from South Africa. “I think there is a difference in terms of voicing what is happening. SGBV is more taboo in these (migrant and refugee) communities, where South Africans are more open to talking about it. That is the difference that I have seen.”

Sylvie sees helplessness and fear as the major factors around preventing people from getting support or reporting the violence. She finds that, for many SGBV survivors, living in a foreign country adds to a sense of helplessness. With smaller social networks around them, these survivors often rely on the perpetrators themselves for support – especially in cases of intimate partner violence. Speaking up about this violence or reporting it can seem impossible.

“Most of the time they tell me that they’ve never told anyone about it.”

Barriers to talking and reporting

When discussing barriers to talking about and reporting SGBV, Sylvie noticed some common themes. One is the need for acceptance and saving face. There is a fear of what the community will say as well as what their family will say. “If a victim has to make the community aware of what she’s going through, she fears stigma from the community. They are told that every couple has their issues and these issues need to be discussed behind closed doors. They are told that speaking about this makes you less of a woman.” Many people also feel ashamed by the thought of their story being passed around the community and forming some type of ‘gossip’.

A second barrier to reporting SGBV is dependency. “Many of the people affected by SGBV are unemployed, or illiterate, undocumented, or have no family here to back them up. They think ‘if I have to talk and this man kicks me out of the house, where will I go?’ Where shall I go with my children? Who will provide for my children? It’s financial dependency and lack of knowledge in terms of rights.”

Many of Sylvie’s clients have been let down by South African services such as the police and the court system. As a result, many people feel that reporting will not lead to a solution and may even aggravate the situation.

Sylvie speaks of these being the common barriers, but that there are also very specific cultural reasons for each person not wanting to speak up. For example, in some people’s culture “it is a curse to marry a woman that has been abused.” This alone provides a specific reason why some of Sylvie’s clients have difficulties in addressing or leaving an abusive situation.

Nevertheless, times are slowly changing. Thoughts are progressing, bolstered by people who have gained the courage to speak. Sylvie considers education as the vital key. If you know your rights you can start to really address SGBV. There are also small steps that people can take to broaden their social networks; like joining English classes, skills training programmes and community groups.

Taking back the power

The Adonis Musati Project runs peer counselling sessions. During these sessions, Sylvie noticed that people did not feel comfortable speaking about their experiences of SGBV. Their fear of stigma is still there. This birthed the Women’s Empowerment Programme. Here, a space was created for people to really express themselves, for their emotions to unfold and for their minds to reflect. “These women could really start to understand that they did not deserve the abuse. The programme is to help people realise that abuse is not normal. We also teach about rights, we inform them about resources they can access, and we speak about documentation, because documentation is also a factor that limits victims to report – the perpetrator also uses that to maintain the abuse.”

“We advocate that women take the lead in their lives. When they are in the position of a victim, they feel like there is nothing for them and their dreams have been shattered. In our programmes we teach them to reflect on something that they still have, something that is positive – that can be a source for motivation for success. And I have seen women striving.” Sylvie has seen a woman with five children go back to school and another woman who has gone to nursing school and become a motivational speaker. “Knowledge is very important and there is no limit to education. Even if you come from far there is a future. Where there is life there is hope. Out of the broken pieces, you can use those broken pieces and make something beautiful out of it, if you believe.” 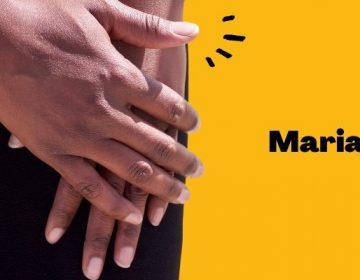 Our #HelpingHandsSGBV campaign looks at how SGBV in South Africa affects children and adults from other countries. For non-South Africans, there can be extra barriers to reporting ...
Read More 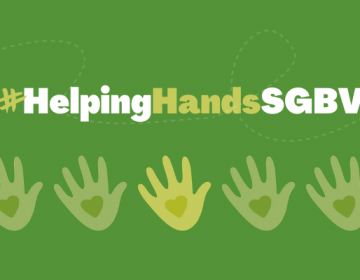 Our #HelpingHandsSGBV campaign looks at how Sexual and Gender-based Violence (SGBV) in South Africa affects children and adults from other ...
Read More 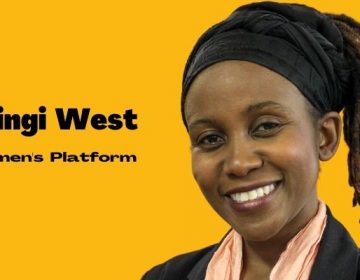 Getting to know ourselves  “I would describe Women’s Platform as a space where women learn about who they are and try to grow ...
Read More
Share This:

Taking back the power and finding strength | #HelpingHandsSGBV