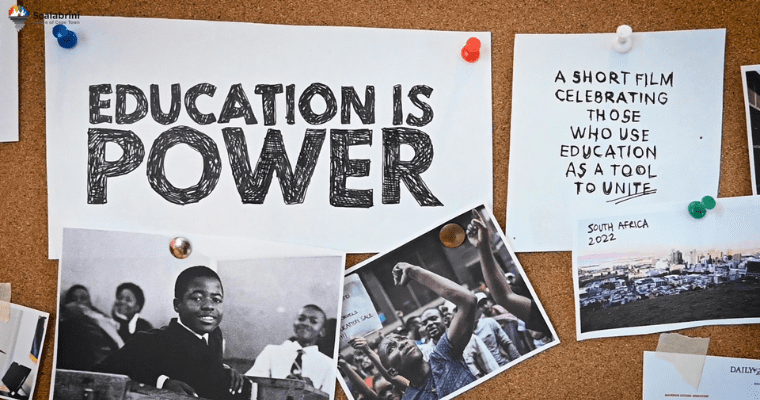 Our new documentary, Education is Power, celebrates the power of education to unite people from different nationalities and backgrounds.

Exploring the nexus between migration and education, the film follows four people with different perspectives on education in South Africa today.

Anjuli, Senior Attorney at Equal Education Law Centre, has dedicated her career to social justice and has been involved in the Phakamisa court case which resulted in undocumented learners being able to access schools.

Mtheza, a pillar in his local community of Nyanga, reflects on the power of education with young people in countering xenophobia in South Africa.

Bongani, who was at school during the end of apartheid, speaks to the ongoing role that education has in his life in terms of bridging the gaps between different groups of people.

Jean-Marc and Miguel – of Congolese and Angolan origin – offer first-hand accounts of what it is like to struggle to access school in South Africa.